The development of large scale flour mill in China

The use of large-scale flour mills in China is also the rise of large-scale flour processing industry, and its production equipment has undergone a process of development from foreign countries and independent innovation. In other words, in the 1880s, China's large-scale flour machine equipment was introduced from abroad. Later, with the continuous development and progress of China's flour machine manufacturing industry, after more than 20 years of collision and exchange with western technology, we digested and absorbed the concept of foreign milling, and combined with the characteristics of Chinese traditional noodle cooking food, the system of grinding machine in China. The powder process was boldly reformed, and the wheat processing technology with Chinese characteristics was gradually formed, which promoted the innovation of domestic milling technology.

The development of export flour mill

In 1984, the introduction of the 150-ton flour mill production line of Beijing Sino-US Demonstration Flour Mill was the first level of flour production line imported from abroad after the reform and opening up. Subsequently, China imported more than 200 flour machine production lines from the United Kingdom, Switzerland, Italy and other countries, and the number of grinding passes changed slightly. In terms of process design, the United States grinding surface mechanism powder production line equipment configuration is small, the powder road is short, the production capacity is large; the United Kingdom is the opposite, but the quality of flour is slightly better.
However, the flour machine production line imported from abroad has many defects, as follows: Therefore, in order to develop China's flour processing industry, it is necessary to combine China's grain flour machine manufacturing level to design a milling process suitable for China's wheat characteristics. 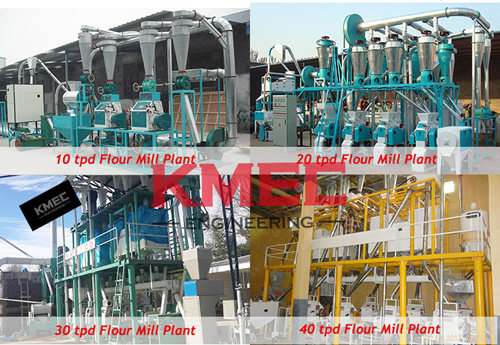 The above is a brief introduction of the introduction and innovation of China's large-scale flour machine production line. The development of China's grain milling industry has undergone a process of introduction, innovation and continuous development. Today, China's flour machine manufacturing industry can not only meet the needs of the domestic market, but also go abroad and export to many countries and regions in the world, such as South America, Africa, South Asia, Eastern Europe, including Japan, Russia and more than 30 countries. And the region, praised by domestic and foreign customers.

The development of domestic flour mill

After the transition from traditional stone grinding to the current large-scale steel mill, the real industrialization started with the introduction of foreign equipment in China in the 1980s. The imported equipment is expensive, but the operation is simple, the technical threshold is low, and it adapts. At that time, the requirements of Chinese flour enterprises. However, in recent years, the flour machine industry has been developing at a slow pace. In this highly competitive society, it is increasingly unable to meet the needs of large-scale flour enterprises. Therefore, the innovation and upgrading of flour machine equipment will be the general trend. 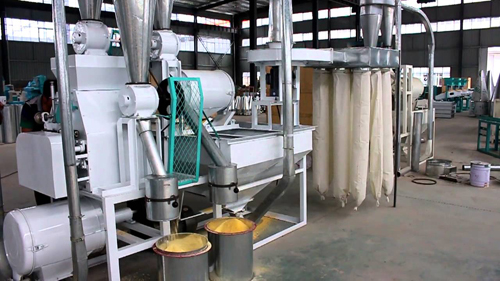 With the advancement of society, people's requirements for living materials are getting higher and higher, the requirements for the quality of flour will continue to increase, and the variety will be more diverse. Therefore, the market of flour machine is a market for survival of the fittest, which promotes the growth of SME brands and calls for the participation of large enterprise groups. In particular, large and medium-sized flour enterprises carry out industrial linkages and resource combinations to achieve economies of scale. Therefore, in order to realize such a dream, the flour machine manufacturer must have the support of advanced equipment and technology, and the future operation of the flour machine equipment will become a development trend. Automation is an inevitable trend in the development of flour mills.